Effective home remedies to get rid of excess earwax

by
in Home Remedies
0 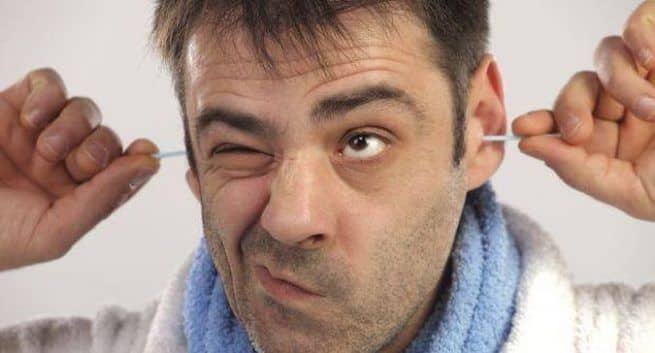 Use of objects, such as bobby pins or cotton swabs, can also push the wax deep inside the ear, leading to blockage. © Shutterstock.

Earwax, also known by the medical term cerumen, is a natural substance secreted by glands in the skin of the outer ear canal. This brown, orange, red, yellowish or gray waxy substance helps keep the ear canal lubricated, protect the ears from water, bacteria and fungi as well as prevent dust, dirt, and other debris from getting lodged deeper into the ear canal. Also Read – 10 frequently asked questions (FAQs) on earwax answered Because the ear cleans itself, there is usually no need to use penetrative cleaning tools to get rid of earwax. However, problems can occur when there is a blockage of earwax, which occurs when your body produces too much earwax or when existing wax is pushed too far into your ear canal. Also Read – How can I get rid of earwax? (Male Grooming Query)

Accumulation of excessive earwax may be caused due to narrowing of the ear canal resulting from infection or disease of the skin, bones, or connective tissue. Use of objects, such as bobby pins or cotton swabs, can also push the wax deep inside the ear, leading to blockage. Earwax blockage is not only discomforting but can also hamper your hearing ability. But this is only temporary, and it gets better once you have the excess wax removed. Also Read – 10 hygiene tips every guy must follow! We have some cost-effective natural remedies for dislodging and expelling hardened earwax from your ears. However, it is advisable to get your doctor’s approval before trying these home remedies.

Salt water can soften and loosen the wax, making it easy to drain out of the ear. Mix 1 teaspoon of salt in 1/2 cup of warm water. When the salt dissolves completely, soak a cotton ball in the saline solution. Tilt the affected ear up towards the sky and squeeze the cotton ball so that the saline water drops get into the ear. Stay in the same position for 3–5 minutes, then tilt your head in the opposite direction to drain out the saline water along with the softened wax.

This is an age-old remedy to remove excess wax from the ear. Take equal parts of white vinegar and rubbing alcohol, then mix them in a bowl. Soak a cotton ball in the solution and squeeze two or three drops into the affected ear, which is tilted towards the sky. Stay in the same position for 5 minutes and tilt your head to the opposite direction. This will drain out the solution as well as the wax.

Flushing your ear with warm water will also help dislodge the wax, making it easier to get rid of. Tilt your head to the side so that the affected ear faces upwards. Pull the outer ear to straighten the ear canal and using a rubber-bulb syringe, gently squirt some warm water into your ear canal. Leave it for a minute, then tilt your head to the opposite side to let the water drain out

This is another simple yet effective way to remove excess earwax. Olive oil or coconut oil can soften the wax. Plus, it has antiseptic properties that will help reduce the risk of ear infection. Using a dropper, put three or four drops of slightly warm olive oil/coconut oil into the affected ear. After about 10 minutes, tilt your head sideways. Now you can easily remove the oil and softened wax using earbuds.

Baking soda solution can soften hardened wax and making it easier for natural expulsion. Mix 1/4 teaspoon of baking soda in 2 teaspoons of water. Using a dropper, put several drops of this solution in the affected ear. Make sure the ear is tilted upwards. Wait for 10 minutes and gently squirt some warm water into your ear canal using a rubber-bulb syringe. Now, tilt the head toward the other side to drain out the excess solution and the dissolved earwax.

Could an Obese Dad’s Sperm Pass Traits to Kids?

What Your Legs Could Be Telling You About Your Heart Health