COVID-19: Novavax announces 89.3 per cent efficacy of its vaccine candidate 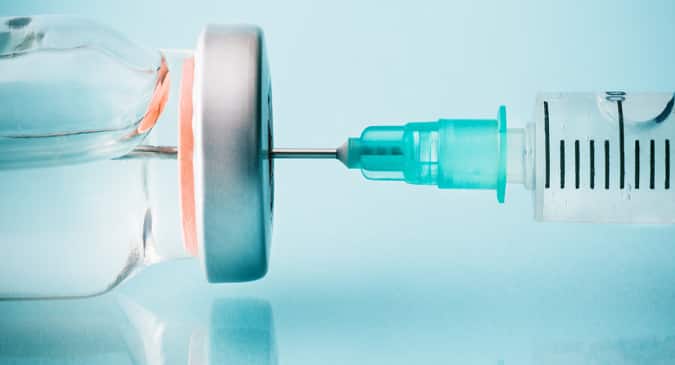 In the South Africa Phase 2b clinical trial, 60 per cent efficacy for the prevention of mild, moderate and severe COVID-19 disease was observed in the 94 per cent of the study population that was HIV-negative.

Today, there are many vaccine candidates in the market, each claiming a certain degree of efficacy against the COVID-19 virus that has held the world hostage for a year now. Many countries have already embarked on mass vaccination programmes and Vaccine manufacturing companies are doing all that they can to ramp up production so that the maximum number of people can be vaccinated at the earliest. Also Read – Alia Bhatt Shares Episode 2 Of ‘Vaccinate India’ Podcast Series: WHO Chief Scientist Addresses Anxieties Around Covid-19 Vaccines Against this backdrop, US-based biotechnology company Novavax on Friday announced that its COVID-19 vaccine was 89.3 per cent effective in preventing the viral disease. The announcement comes after the results of a trial conducted in the UK came out. The trial assessed the efficacy of the vaccine — NVX-CoV2373 — during a period with high transmission and with a new UK variant strain of the virus emerging and circulating widely. “NVX-CoV2373 has the potential to play an important role in solving this global public health crisis. We look forward to continuing to work with our partners, collaborators, investigators and regulators around the world to make the vaccine available as quickly as possible,” Stanley C. Erck, President and Chief Executive Officer, Novavax, said in a statement. In 2020, Novavax had announced its deal with Pune-based vaccine manufacturing company Serum Institute of India (SII) in order to produce 2 billion doses of COVID-19 vaccines. Also Read – Mutation of Indian COVID-19 variant: Virulent hybrid strain emerges in Vietnam, contains characteristics of UK, India variants

The biotech company also announced results of its Phase 2b study conducted in South Africa. In the South Africa Phase 2b clinical trial, 60 per cent efficacy for the prevention of mild, moderate and severe COVID-19 disease was observed in the 94 per cent of the study population that was HIV-negative. “The 60 per cent reduced risk against COVID-19 illness in vaccinated individuals in South Africans underscores the value of this vaccine to prevent illness from the highly worrisome variant currently circulating in South Africa, and which is spreading globally,” said Shabir Maddi, principal investigator in the Novavax COVID-19 vaccine trial in South Africa. Also Read – Roche's Antibody Cocktail To Treat Mild to Moderate Covid-19 Infection Shows Promising Results: Reports

The UK study enrolled more than 15,000 participants between 18-84 years of age, including 27 per cent over the age of 65. The primary endpoint of the UK Phase 3 clinical trial is based on the first occurrence of PCR-confirmed symptomatic (mild, moderate or severe) COVID-19 with onset at least 7 days after the second study vaccination in serologically negative (to SARS-CoV-2) adult participants at baseline. The first interim analysis is of 62 cases, of which 56 cases of COVID-19 were observed in the placebo group versus 6 cases observed in the NVX-CoV2373 group, resulting in a point estimate of vaccine efficacy of 89.3 per cent. Of the 62 cases, 61 were mild or moderate, and 1 was severe (in placebo group). Preliminary analysis indicates that the UK variant strain that was increasingly prevalent was detected in over 50 per cent of the PCR-confirmed symptomatic cases (32 UK variant, 24 non-variant, 6 unknown). Based on PCR performed on strains from 56 of the 62 cases, efficacy by strain was calculated to be 95.6 per cent against the original Covid-19 strain and 85.6 per cent against the UK variant strain.

The interim analysis included a preliminary review of the safety database, which showed that severe, serious, and medically attended adverse events occurred at low levels and were balanced between vaccine and placebo groups. (With inputs from IANS)

COPD rehabilitation must for better quality of life

A Plug Instead of a Snip for Male Birth Control?

A Plug Instead of a Snip for Male Birth Control?

3D biopsies for better diagnosis and treatment of brain tumour

Here's why coconut oil is your best beauty buddy

Here are some unknown beauty benefits of moong dal