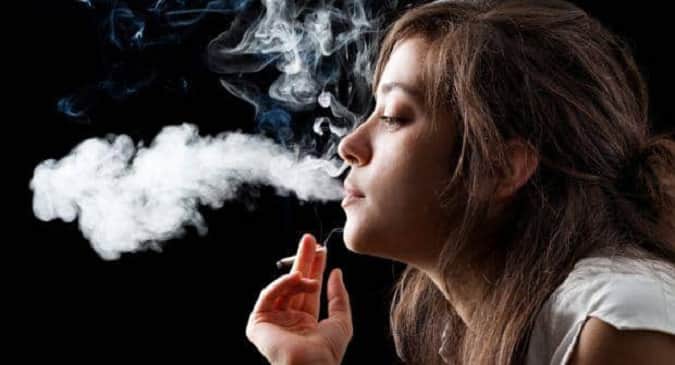 Those who begin smoking at a younger age are more likely to become addicted to nicotine and have trouble quitting.

Although advertising of tobacco products is banned in India, students are regularly exposed to such ads in shops near schools and colleges. This increases the risk of addiction in them, warn experts. Also Read – 4 common health issues affecting people around the world According to a survey, 75.9 per cent of shops near schools and colleges advertise tobacco products. To entice the teenagers, they also showcase the such products in places where there is high visibility. The survey ‘Big Tobacco Tiny Target’, which was conducted in 25 cities of the country, found that 72.32 per cent of such shops display tobacco products near candies and sweets to lure children. Also Read – Nicotine intake during pregnancy can cause blood pressure issue in children

As chances of addiction are high in adolescence, tobacco companies are specifically targeting teenagers, Dr. Uma Kumar, Professor at AIIMS and head of the Department of Rheumatology, and renown cancer specialist and Regional Director, HCG Hospital, Bangalore, Dr. Vishal Rao, pointed out during a webinar on ‘Tobacco Freegen: Challenges and Way Ahead.’ Also Read – Researchers use Twitter to analyse JUUL's impact A study conducted by the Ministry of Health also revealed that 14.6 per cent of adolescents between the ages of 13 and 15 in India use some form of tobacco. Speaking at the webinar, youth leader and Maharashtra BJP spokesperson Shweta Shalini noted that five and a half thousand teenagers in the country are getting addicted to tobacco products daily. She suggested amendment of the Cigarettes and Other Tobacco Products Act or COTPA Act to end the conspiracies targeting these youth. Notably, the Centre has proposed several amendments to the COTPA laws to remove the deficiencies and help curb consumption of tobacco by the youth. The draft amendments were made public recently, seeking feedback from the people.

Why exposure to nicotine among youth is a concern?

According to a research report published by the US National Institute on Drug Abuse, most tobacco users started the habit during adolescence. It noted that people who begin smoking at a younger age are more likely to become addicted to nicotine and have trouble quitting. Further the report said that as adolescent brain is still developing, exposure to nicotine can affect the brain’s reward system and regions involved in emotional and cognitive functions. This nicotine-related changes tobacco during adolescence may contribute to substance use disorders in adulthood, it added citing studies. According to the American Lung Association, cigarette smoking during childhood and adolescence can increase risk of respiratory illnesses, decrease physical fitness and affect lung growth and function – particularly when an addiction to smoking persists into adulthood.

Factors that can influence tobacco use among adolescents

There are several factors that can increase the risk for smoking and nicotine dependence among adolescents. According to the National Institute on Drug Abuse research report, these include:
Smoking among peers and within social groups
Perception of schoolmates’ smoking, and other substance use
Mental health and emotional problems—including depression and recent negative life events
Parental nicotine dependence

The tobacco ads, which show smoking as exciting and glamorous, are considered a major factor that influences adolescent smoking. Movies showing people smoking are also strongly linked with adolescent smoking and dependence. With inputs from IANS

A New Treatment For Premature Ejaculation?

A New Treatment For Premature Ejaculation?