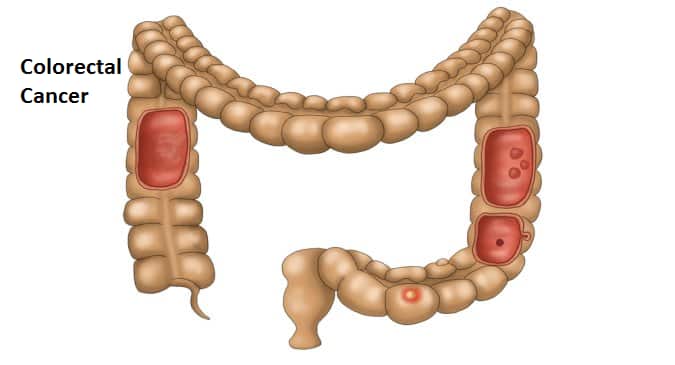 Many colorectal cancer patients experience no symptoms in the early stages of the disease.

Colorectal cancer affects the colon or the rectum. Depending on where it starts, this type of cancer is also called colon cancer or rectal cancer. Colorectal cancer is estimated to be the second most common cause of cancer deaths in the United States. It is also the most common type of cancer in Japan. The good news is Japanese scientists have found a new way to control the progress of the colorectal cancer. Also Read – Colorectal Cancer: A Healthy Lifestyle Can Cut The Disease Risk By Nearly 40% According to scientists from Nagoya University, colorectal cancer tissues contain two kinds of fibroblasts (a sort of cells found in connective tissue) that promote and restrain cancer. The harmony between them is believed to be responsible for the spread of the disease. Therefore, the scientists suggested that altering the balance between the two types of cells could stop the spread of the tumours, and thus prevent cancer progression. Their findings were published in the journal Gastroenterology. Also Read – Ayurveda Expert Elaborates on Effective Preventive & Recuperative Measures for Cancer

Professors Atsushi Enomoto and Masahide Takahashi of the Graduate School of Medicine at Nagoya University investigated the relevance of two types of proteins, meflin and gremlin 1, in colorectal cancer progression. In a previous study, Meflin has been shown to play a role in restraining the progression of pancreatic cancer. Also Read – When Should You Get Yourself Tested For Colorectal Cancer? The new study examined the prognostic significance of the expression of meflin and gremlin 1 in colorectal cancer patients. The researchers found that patients with a high expression of meflin have a favorable prognosis, whereas those with a high expression of gremlin 1 have an unfavorable prognosis. In a mouse model, they observed that the proliferation of colorectal cancer cells can be suppressed through the administration of a gremlin 1-neutralizing antibody or overexpression of meflin. Proteins called bone morphogenetic proteins (BMPs), which are secreted by stromal cells, are known to be associated with cancer progression in cancerous colon tissues. Based on their finding, the research group suggested that intensifying stromal BMP signaling, either by using a gremlin 1-neutralizing antibody or by overexpressing meflin, could be an effective therapeutic strategy to treat colorectal cancer.

Signs and symptoms of colorectal cancer

Many colorectal cancer patients experience no symptoms in the early stages of the disease. The symptoms become more noticeable in the late stages. Possible symptoms during the early stages may include:
constipation
diarrhoea
blood in the stool
bleeding from the rectum
excessive gas
abdominal cramps
abdominal pain

If the cancer spreads to other parts of your body, the patients may experience jaundice, swelling in the hands or feet, breathing difficulties, chronic headaches, blurry vision and bone fractures. If you notice any of these symptoms, see a doctor to get a colorectal cancer screening. Colon cancer typically affects older adults, but it can happen at any age. Therefore, it is generally recommended to begin colon cancer screenings begin around 50. Experts recommend more frequent or earlier screening if you have a family history of the disease or other risk factors. With inputs from agencies

Smartphone use: Know why you must never carry it to the loo with you