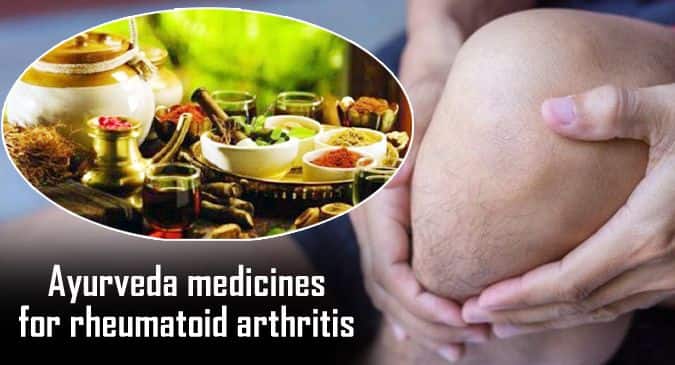 Ayurveda, the ancient Indian natural system of medicine, is believed to be one of the world’s oldest holistic (whole-body) healing systems. Ayurvedic medicines have been used for thousands of years to alleviate various conditions, and in spite of their efficacy, they lack scientific evidence.  Over the past few years, however, researchers are increasing focusing on herbal medicines for new drug discovery. Thanks to a team of researchers from the University of Kerala, three classical ayurvedic kashayams have received scientific validation for treating rheumatoid arthritis. Also Read – Ayurveda Expert Elaborates on Effective Preventive & Recuperative Measures for Cancer Kashayam refers to a decoction made from an extract of a single herb or group of herbs. The three ayurvedic medicines that have been scientifically proven to be effective in the treatment of rheumatoid arthritis are Balaguluchiadi, Punarnavadi and Gugguluthiktaam. Also Read – Ayurveda for Osteoarthritis: Arthrox Treatment Frees 68-year-old Man of All Symptoms

Rheumatoid arthritis (RA) is a progressive autoimmune disease that causes pain, swelling, stiffness and loss of function in the joints. It can also lead to inflammation of the tissue around the joints, and other organs such as eyes, kidneys, heart and lungs. Estimates suggest one per cent of the world population is affected by rheumatoid arthritis and most patients rely on conventional medicines that cause side effects. In Ayurveda, rheumatoid arthritis is known as Amavata (Ama – toxin, vata- joint pain). Also Read – Rheumatoid arthritis: Woman Bedridden For 9 Years Walks Again After 3D Roboalign TKR surgery While all these three kashayams or ayurvedic medicines (Balaguluchiadi, Punarnavadi and Gugguluthiktaam) are already available in the market, there was no scientific validation to their efficacy. Now, a study by researchers from the Department of Biochemistry, University of Kerala has for the first time given scientific validation to these three classical kashayams. For the study, they received funding to the tune of Rs 26 lakh from the Kerala State Council for Science, Technology and Environment (KSCSTE), and it took them around 42 months to complete the project.

Instead of using the readily available kashayams, the team made their own decoction using 28 different forms of herbs, and without adding any substance to increase the shelf life. The team prepared the decoction under the guidance of Ayurveda physician Sukumara Varier of Kottakal Arya Vaidyasala. They conducted the study in four phases in rats induced with rheumatoid arthritis and followed the standard treatment duration. “Severity of pain and inflammation associated with rheumatoid arthritis were decided by the infiltration of so many pro-inflammatory cytokines, lymphocytes, oxidants etc.,” IANS quoted I.S. Aswathy, who was part of the study team, as saying. They found that the kashayams exerted therapeutic efficacy in the management of rheumatoid arthritis by regulating pro anti-inflammatory cytokines balance, increasing antioxidant level and by immune modulation. The study results have been published in the international peer reviewed Journal of Ayurveda and integrative medicine. Aswathy added that the scientific validation to these three kashayams will give better hope to patients suffering from rheumatoid arthritis besides enriching traditional knowledge with well documented scientific background. Ayurveda treatment focuses not only on improving your health, but also your wellbeing, behaviour and state of mind. It involves detoxification, followed by a special diet, herbal remedies, massage therapy, yoga, meditation and daily lifestyle.

What bleeding gums mean for people with diabetes