Venomous spider bites may cause kidney failure: Here's what you can do – health net:Trusted Medical information ,Expert Health Advice, Fitness, Nutrition,News,and Tools-healthexpertng
Subscribe to get Updates

Venomous spider bites may cause kidney failure: Here's what you can do 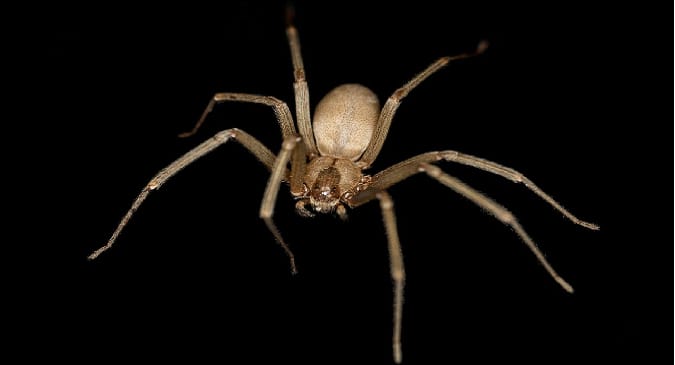 A case of a brown spider bite causing intravascular hemolysis and acute renal failurey was reported from eastern India in 2014.

Although majority of the spiders aren’t dangerous, some spider bites can cause serious health complications. Spider species like black widow spider and brown recluse spider are dangerous as they have long fangs that can penetrate human skin and strong venom that can cause serious symptoms. Also Read – 50% of patients with kidney stones end up with some degree of kidney failure Typically, a spider bite causes minor symptoms like redness, pain and swelling, which one may not notice at all. Such harmless spider bites usually heal within a week or so. Also Read – Brain hemorrhage may lead to acute kidney injury in patients: Why so?

If bitten by black widow spider, you may also experience severe abdominal pain or cramping, along with pain and swelling around the bite. Black widow spider bites may cause chills, nausea or sweating too. Also Read – Stung by a bee? Get rid of the painful irritation with these easy home remedies A brown recluse spider bite can cause a sharp pain that increases during the first few hours after the bite. You may also experience fever, chills and body aches.  In severe cases, brown recluse spider bites can cause the surrounding skin to die, leading to the formation of an open sore (ulcer). The skin at the centre of the bite may turn dark blue or purple. It can take months for the wound to heal completely. Rarely, a brown recluse bite can cause coma or seizures, jaundice, blood in urine and kidney failure. Spider bites rarely cause mortality, particularly in children. However, both black widow spider and brown recluse spider don’t bite unless threatened.  They usually live in undisturbed areas like sheds, garages, unused pots and gardening equipment, and woodpiles. Seek prompt medical care if you experience severe pain, abdominal cramping, difficulty breathing or notice a growing ulcer after a spider bite.

Reports of spider bites from India

Spider bites are inadequately reported in India, which is one reason for lack of experience in dealing symptomatic bites. In 2014, the Journal of Postgraduate Medicine reported a case of spider bite by Poecilotheria species from south India. A 32-year-old man was admitted to the emergency department of the Christian Medical College, Vellore, Tamil Nadu, India three hours after a spider bite to his right hand. The patient complained of headache and mild blurring of vision along with pain and swelling in right hand. He was treated with analgesics (nonsteroidal anti-inflammatory drugs (NSAIDs)), limb elevation, and tetanus toxoid and discharged after 12 hours as the swelling and pain subsided. After seven days, he was relieved of all the symptoms. The spider fell on him while was sitting under a tree and bit him. He also brought the killed spider with him, which was later identified as Poecilotheria species belonging to the group of big hairy spiders commonly called as a “tarantula”. Usually, such spiders live in the cracks and holes of tall forest trees.  Intense pain, swelling at the bite site and muscle cramps are the common symptoms of bites by Poecilotheria species. However, there are also reports of serious complications following a spider bite from India. For example, a case of a brown spider bite causing intravascular hemolysis and acute renal failure or acute kidney injury was reported from eastern India in 2014. Cases of skin ulcer and eschars after bites by brown recluse spiders (Loxosceles species) have been reported from other parts of India.

Nonvenomous spider bites can be treated at home. If you know that you have been bitten by a spider, apply an ice pack on the site for 10 minutes. Repeat this several times. Keep the area elevated to reduce swelling and sanitize the area with soap and water to prevent infection. In case you experience itching, take an antihistamine, such as diphenhydramine (Benadryl) or  apply calamine lotion or a paste of baking soda and water to the injured area. If blisters form on the site of the bite, applying an antibiotic ointment may help. If the symptoms don’t go away over time, see a doctor. It is advisable to seek medical attention if you’ve been bitten by brown recluse, black widow, hobo spider, tarantula or Brazilian wandering spider.

Causes of leg weakness and how to strengthen them