COVID-19: Mumbai gets ready to fight second war against contagion 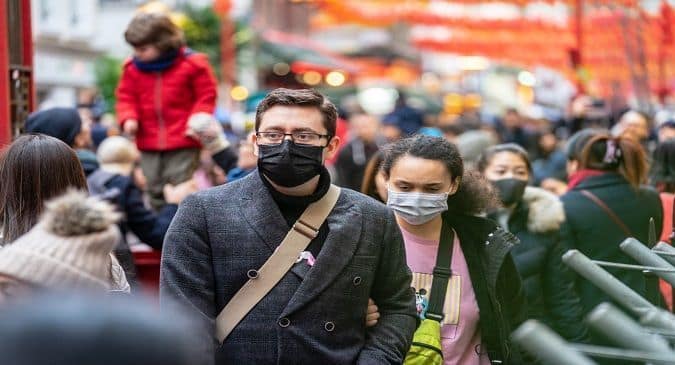 The latest precautions came close on the heels of the visit by a Central health team to the state which recommended hiking up the number of COVID-19 tests in the state even as a simultaneous vaccination drive is underway.

COVID-19 cases in Maharashtra is rising on a daily basis. This has officials worried about a new wave that can disrupt daily life of citizens again. As per the latest state Public Health Department figures, during the week February 8-14, the spike in cases in Amravati was 10.69 per cent followed by Wardha (4.62 per cent), Akola (4.27 per cent), Yavatmal (3.96 per cent) and Buldhana (2.28 per cent). Unnerved by the zooming numbers of COVID-19 cases in so many parts of Maharashtra, the state government on Thursday announced a series of strict measures for Mumbai, Akola, Yavatmal and Amravati districts to curb the spread of the contagion. Chief Minister of Maharashtra, Uddhav Thackeray, Deputy Chief Minister Ajit Pawar, Chief Secretary Sanjay Kumar and many other top officials discussed the new grim developments in the state and issued directions to implement the stern measures immediately. Also Read – Ibuprofen Drug Safe For COVID-19 Patients, Doesn't Raise Death Risk: Study

Buildings with more than 5 cases to be sealed

Faced with the sudden spike in cases in Mumbai city and its suburbs, BrihanMumbai Municipal Corporation (BMC) Commissioner I.S. Chahal announced a series of stringent measure as well as surveillance. He also reviewed the bed strength of the jumbo field hospitals set up last year. The civic chief has ordered that if more than 5 cases are detected in any building, it will be sealed off and all people who are in home quarantine will be stamped on the hand by BMC staff. Chahal also made it very clear that the city administration would ruthlessly go after those persons who are not following the COVID-19 protocols and SOPs. Also Read – Organ Transplant Patients May Get Infected With COVID-19 Even After Second Vaccine Dose

A day after Mayor Kishori Pednekar said that 60 per cent of the train commuters don’t wear facemasks, the BMC has decided to deploy 300 marshals in local trains to catch and penalise errant citizens. The BMC will also focus on wedding halls, gymkhanas, gymnasiums, clubs, restaurants, cinemas, public gardens, playgrounds, malls and even private offices to ensure people strictly adhere to the social distancing norms. Besides Mumbai, the other target areas are Akola, Yavatmal and Amravati – the last two reportedly having new virus strains which are yet to be confirmed officially. Also Read – Coronavirus In India: 5 Breathing Exercises To Improve Your Lung Power Amid COVID-19 Pandemic

Containment zones to be created

The Collectors of Akola, Yavatmal and Amravati have been directed to declare areas with high incidence of COVID-19 cases in their jurisdictions as “containment zones”. These include the Amravati Municipal Corporation and Achalpur town, Yavatmal town, Pusad and Pandharkawada, and Akola Municipal Corporation, Murtizapur and Akot towns.

In Aurangabad, students from Class 5 to 10, who started classes last month, have been again exempted from attending schools for the time being, and in several areas, some form of public restrictions are being implemented.

“The Collectors have been authorized to take decisions depending on the local prevalent situation in their districts,” Parliamentary Affairs Minister Anil Parab told the media. “We have ordered that the 3-T formula – tracing, testing and treatment – be implemented strictly and effectively. Testing must be increased, but people also must follow the Covid-19 guideines scrupulously,” said Health Minister Rajesh Tope. Labour Minister & Guardian Minster of Akola Bachhu Kadu lamented that people have become “careless” in the past few months after the lockdown measures started easing and they are taking the contagion lightly. Women & Child Development Minister & Guardian Minister of Amravati Yashomati Thakur admitted that people are not seriously following the COVID  norms and protocols and appealed to them to be extra-vigilant. The latest precautions came close on the heels of the visit by a Central health team to the state which recommended hiking up the number of COVID-19 tests in the state even as a simultaneous vaccination drive is underway. (With inputs from IANS)

This why you should drink water from copper vessel

This why you should drink water from copper vessel