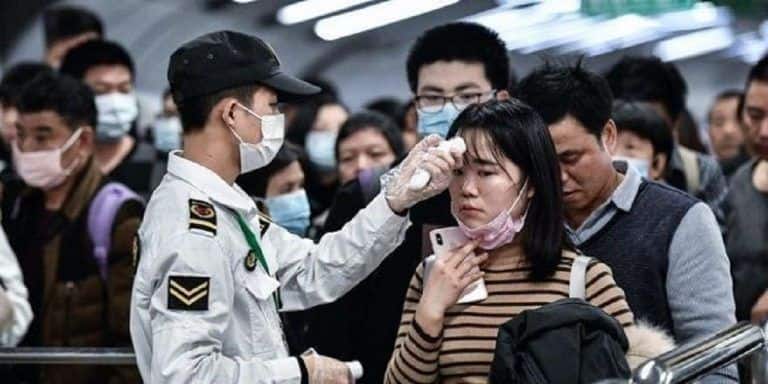 Many states in India are now seeing a surge in cases. Taking into account the seriousness of the situation, the government has issued guidelines for international passengers coming to India.

The alarm bell has gone off among the authorities in India following the sudden surge in cases across the country. With Maharashtra trying desperately to avoid another lockdown, a few other states, including Bangalore, Kerala, Madhya Pradesh, Chhattisgarh, Punjab and Haryana, are also seeing a spike in cases. The situation is especially worrying because the mutated forms of COVID-19 may not respond as effectively to the vaccines currently being deployed to fight the disease. the A report last week said that the mutated variants from South Africa and Brazil are already in the country. Earlier also, many  cases of the UK variant twas detected after rigorous screening of passengers coming to India from abroad. Against this backdro[p, GMR Group-led consortium Delhi International Airport Limited (DIAL) on Monday launched a revamped ‘Air Suvidha’ portal along with a new RT-PCR test package for arriving international passengers. The firm manages and operates the national capital’s IGI Airport. Accordingly, the development comes after the Centre issued new guidelines for passengers travelling to India. The company had launched Air Suvidha, the first-of-its-kind portal, in August last year, where India-bound international passengers could fill the mandatory self-declaration form and also apply online for exemption from mandatory institutional quarantine process. Also Read – Smokers, vegetarians less vulnerable to COVID-19 infection: How does it affect you?

Notably, the present move comes following increased evidence of circulation of mutant variants of COVID-19 virus. As per the new guideline, filling up of ‘Self Declaration Form’ on Delhi Airport’s website – www.newdelhiairport.in — has been made mandatory for all international arriving passengers. They will also have to upload a mandatory RT-PCR or molecular test report (test undertaken within 72 hours of departure) in the SDF for its completion. These forms will help in identifying passengers on flights from the UK, Europe and Middle-East who will undergo mandatory RT-PCR on arrival as well. Passengers can exit after giving the test at the airport and follow government guidelines on quarantine or self-monitoring. Also Read – At Rs 1,200 Per Dose, Bharat Biotech's Covaxin Is Twice The Cost Of Covishield: Is This Justified?

Focus on domestic transmission too

In addition to the above measures, the SDF will also help identify passengers from high-risk countries such as the United Kingdom, Brazil and South Africa. A new field for declaring domestic connection has been added in the ‘Air Suvidha’ portal. This will help implementation of new SOP for domestic transit passengers and also help improve contact tracing. Also Read – Post Vaccination Deaths From Pfizer Is Far More Than From Astrazeneca Jabs: Sputnik Study

Exemption only in extraordinary cases

Under the new ‘Standard Operating Procedure’, passengers with exigency of death in the family can apply for exemption and upload the approved application in SDF in place of RT-PCR test. Apart from new guidelines, passengers on flights from the UK, Europe and South Africa will have to undergo the mandatory RT-PCR test. Those flying in from the UK, South Africa and Brazil, direct or in transit, and having a connecting flight will not be allowed to leave the airport till their RT-PCR test report is negative. Others would be allowed to leave the airport as per the direction of government officials.

Loneliness during Covid-19 pandemic may up risk of Internet addiction

India to include non-alcoholic fatty liver disease in national programme

India to include non-alcoholic fatty liver disease in national programme

Suffering from thyroid? Try these detox drinks to flush out the toxins