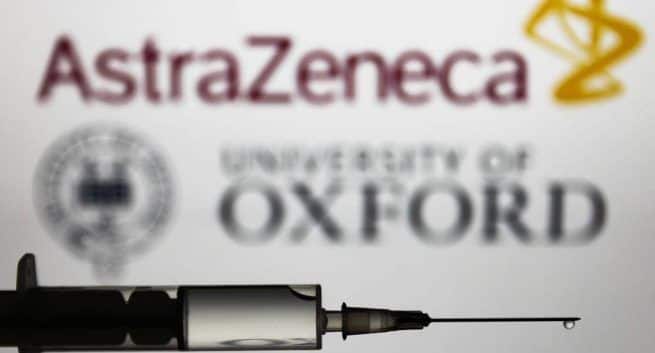 As of date, at least 10 European countries have suspended the use of this Oxford University-AstraZeneca COVID-19 vaccine. Denmark was the first to announce it was suspending the jab and Norway and Iceland followed soon after.

Concerns about the safety of the AstraZeneca-Oxford COVID-19 vaccine is growing even as many European countries suspended its rollout after 22 cases of blood clots including one death were reported among more than three million people vaccinated in the European Economic Area. But the vaccine developer defended the shot saying that the safety of the vaccine was extensively studied in phase III clinical trials and data confirmed its safety and efficacy. But many nations are not taking any chances following the adverse effect and have decided to suspend its use for the time being. Investigations are on. Also Read – DCGI gives anti-fungal medicine approval for COVID-linked Black Fungus

As of date, at least 10 European countries have suspended the use of this Oxford University-AstraZeneca COVID-19 vaccine. Denmark was the first to announce it was suspending the jab and Norway and Iceland followed soon after. This move came after serious cases of blood clots among vaccinated people came to light. Austria, Italy, Romania, Estonia, Latvia, Lithuania and Luxemburg also suspended the use of the vaccine from one particular batch, which was also sent to 17 European countries and consisted of one million jabs. At the same time, Thailand too has delayed its roll-out of the vaccine over blood clot fears. Also Read – COVID-19 Updates: New coronavirus variant detected in Punjab: Here's why you need to worry

However, Denmark’s health authority said that the move was precautionary and added that it has not been determined, at the time being, that there is a link between the vaccine and the blood clots. The Danish suspension, which will be reviewed after two weeks, is expected to slow down the country’s vaccination campaign. Around 25 percent of those who have received the first dose in Denmark, a country of 5.8 million, were given the AstraZeneca jab. Also Read – COVID-19 spike in India: Country records biggest single-day jump, what are we heading towards?

Meanwhile, the European Medicines Agency (EMA) said that information available so far indicated the risk of blood clots in those vaccinated against COVID-19 was “no higher than that seen in the general population.” It also said that European countries could keep using the AstraZeneca vaccine while the issue was investigated, concluding that “the vaccine’s benefits continue to outweigh its risks”.

Against this background, the World Health Organisation backed the vaccine saying that there is no reason to stop using it. “AstraZeneca is an excellent vaccine, as are the other vaccines that are being used,” Margaret Harris, a WHO communications officer, told reporters at a briefing in Geneva. “We’ve reviewed the data on deaths. There has been no death, to date, proven to have been caused by vaccination,” she added. Tedros Adhanom Ghebreyesus, Director-General of the World Health Organization (WHO), has also said that the UN health agency “systematically reviews safety signals, and is carefully assessing the current reports on the AstraZeneca vaccine”. At a press briefing on Friday, he said, “WHO is aware that some countries have suspended the use of AstraZeneca vaccines, based on reports of blood clots in some people who received doses of the vaccine from two batches. This measure was taken as a precaution while a full investigation is finalized.” The WHO chief also said that it is important to note that the European Medicines Agency has said there is no indication of a link between the vaccine and blood clots, and that the vaccine can continue to be used while its investigation is ongoing.

This vaccine is one of the two vaccines being administered to people in India. Known as Covishield, in India, there is, as yet, no talk of suspending its use in the country. This vaccine, manufactured by the Serum Institute of India, was approved for use along with Covaxin, manufactured by Bharat Biotech. (With inputs from IANS)

Pneumonia: What you can do prevent this respiratory infection

Parkinson's disease: Prevent this condition with this prostate drug

How to get a video-call ready skin instantly?